Today, men give importance to aesthetic appearance as much as women and for this, they change their social life, clothing, nutrition and sports habits tightly and prefer to have plastic surgery if necessary. The chest muscle is a muscle that gives shape to the body of a man and makes the body look beautiful in a naked state. This muscle, called pectoral muscle, sometimes fails to reach a sufficient size with the help of sports, and as a result of this, it causes trouble for the person in terms of moral motivation. For this purpose, a pectoral implant called silicone muscle surgery, breast muscle surgery is performed.

Muscle aesthetics, especially for those who cannot achieve the desired fit, athletic and muscular body despite exercise and diet:

Thoracic muscle surgery is performed under general anaesthesia or sedation anaesthesia by hospital anaesthesia. The mean operation time was 1-1.5 hours. Since the operation is performed with an axillary incision, there is no scar on the body and there is no scar on the anterior chest wall. In pectoral implant surgery, silicone is placed under the chest muscle. In this way, both silicones do not come to the hand and the desired muscle size is provided.

What is the Process After Pectoral Implant Surgery?

After the pectoral implant surgery, a lightly bandaged bandage is applied to the breasts. The bandage on the breasts stays in this area for an average of 2 – 3 days and then a corset is used. The surgical incisions performed in the pectoral implant surgery do not require the removal of the sutures since the suture is self-melting. The sutures heal spontaneously in 7 to 10 days postoperatively. Again, oedema decreases to a great extent within 7 to 10 days after the operation and it is not clear from the outside that the person has had surgery. After the pectoral implant operation, the patient can return to social life in 3 to 4 days on average.

Who Can Have Abdominal Muscle Aesthetics?

How is Abdominal Aesthetic Surgery Applied?

In line with today’s aesthetic values, muscle aesthetic surgeries are not only about taking up excess fat; healthy, dynamic, fit, athletic and muscular body design. Evaluating the muscle and fat tissue in the body, a personalized muscle aesthetic surgery plan is made. In the modern aesthetic approach, a body which is not natural looking and which is not only shaped by certain regions is adopted, but also a fit and athletic body with harmonious and distinct muscle masses in general.

The most common area where muscle aesthetics is applied is abdominal. Therefore, muscle aesthetic operations are known as six-pack aesthetics in men. In women, it is also known as two-pack aesthetics. In the operation where small surgical incisions of 4-5 mm length are applied under general anaesthesia and corresponding to the body folds, the fat tissue in the areas where the abdominal muscles are bombed is preserved or increased by fat filling, and the fat tissue in the areas where the muscles are pitted is taken by the liposuction technique in men. in women, a muscular abdomen (two-pack) is obtained with two muscle bombs on the right and left. Liposuction is applied to the chest area in men with fat or gynecomastia (breast enlargement) to achieve a more fit and muscular chest appearance.

The lumbar region can also be thinned and the lumbar muscles exposed. To provide a more athletic appearance, it is aimed to clarify the shoulder, arm, chest and abdominal muscles.

After surgery, you no longer need to pay attention to what you eat and drink. Sports should be a must in your life. You shouldn’t let yourself get operated on, on the contrary, you should think about how you can have a firmer body by looking at yourself better. You should avoid excessive weight gain. You should avoid snack foods.

When Its Impact Is Seen

Does it Leave a Scar?

Surgery is an untraceable operation. Because liposuction is a surgery performed by entering the body with very thin ends that do not leave any trace. Therefore, the insertion of mm tips does not leave any marks on the body. This operation can be called untraceable surgery. If you have breast growth in your chest area, the room will be done with liposuction method again, because there will be no trace of the body. Therefore, it is a scarless surgery in any case.

What are the benefits of Six Pack Aesthetics?

After having sixpack aesthetics, you may have a thinner waist, less abdominal fat, more pronounced and more abdominal muscles. At the same time, as there is no surgical intervention, there will be no cuts and sutures in the abdominal region.

One of the other benefits of Sixpack aesthetics is that the healing process is faster than other procedures. After an average operation lasting for two to three days after an operation, you can resume your life. In some cases, your doctor may ask you to wear a corset for a few weeks, but this is not a disruption to your daily life.

The medical name of the involuntary growth of the chest area in men is called gynecomastia. This situation, which many men encounter in the age of growth, can cause problems both in physical and psychological terms in individuals when it is permanent.

It is one of the problems that occur due to some hormonal conditions, also known as gynecomastia. In men, the general problem of this condition, which is described as the growing problem of breasts such as female breast, is caused by hormones. In men, this breast enlargement is generally more common in adolescents because there is an abnormal hormonal balance problem in the body, which can cause disproportionate changes.

Gynecomastia has been accepted as a medical language because it causes psychological disorders, stressful life and self-esteem problems. Therefore, men suffering from breast enlargement are treated with psychological counselling.

What are the Treatment Options in Gynecomastia?

Gynecomastia treatment options are determined by the type of gynecomastia. In this classification, the type of gynecomastia is determined by the size of the glandular tissue disc under the brown ring (areola) of the nipple. In adolescents with a disc diameter of less than 4 cm, it is more appropriate to inform the patient and wait for spontaneous passage. However, if the patient’s complaint lasts for more than 4 years or if the clinical symptoms that disturb the patient increase, treatment is indicated. If the disc in the patient is in the range of 4-6 cm, medical treatment can be applied. Surgical intervention is recommended in cases with disc diameter> 6 cm.

Medical treatments are also arranged according to the patient’s age, hormonal level and underlying medical reasons.

It varies according to the degree of gynecomastia and chest structure.

Liposuction; It is applied in 1st and 2nd-degree gynecomastia which is rich in oil.

Open surgery; It is performed in 3rd-degree gynecomastia and when the breast tissue is dense.

These surgeries can be performed under sedation or general anaesthesia. Patients can go home on the same day or the following morning. It is possible to return to work on average in 5 days. Patients can exercise after 3-4 weeks.

There will be a tight bandage on your chest the day you have surgery. This bandage will remain for 4 days. Your bandage will be opened on the 4th day. You had surgery and your bandages opened 4 days later. On the 5th day, you will now be able to wear your t-shirt or shirt normally (without any corset etc.). You only need to take a break from the sports where you can take a blow to your chest area and lift weights for a month. Also, the healing process is comfortable. 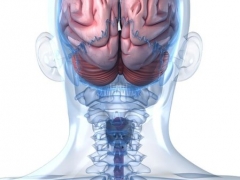 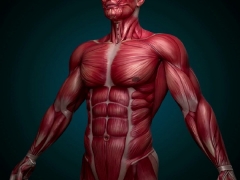 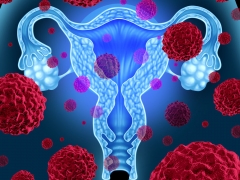 Body Diseases
Shopping Basket
We use cookies to ensure that we give you the best experience on our website. If you continue to use this site we will assume that you are happy with it.OkPrivacy policy