What is a Brain Tumor?

A brain tumour is an abnormal growth of a mass of cells in your brain.

A brain tumour can occur in brain cells or begin elsewhere and spread to the brain. As the tumour grows, it suppresses and changes the function of the surrounding brain tissue, causing symptoms and symptoms such as headaches, nausea and balance problems.

How does Brain Tumor Occur?

Primary brain tumours begin when they receive errors (mutations) in the DNA of normal cells. These mutations allow cells to grow and divide in increasing proportions and continue to survive when healthy cells die.

The result is a mass of abnormal cells that make up a tumour. In adults, primary brain tumours are much less common than secondary brain tumours in which cancer begins elsewhere and spreads to the brain.

It is a benign tumour that develops on acoustic neuroma (schwannoma), the balance from your inner ear to the brain and hearing nerves. These nerves are divided into two together to form the vestibulocochlear nerve (eighth cranial nerve). Pressure on the tumour on the nerve can cause hearing loss and imbalance.

Primary brain tumours are found in the brain itself or the brain covering membranes (meninges), cranial nerves, pituitary gland, or tissues such as the pineal gland.

What are the Symptoms of a Brain Tumor?

Symptoms, signs and symptoms of brain tumours vary greatly and depend on the size, location and growth rate of the brain tumour.

Surgeons can use three methods to look at tumour cells:

Surgical Treatment: Surgical treatment is a frequently used method in the treatment of brain tumours. Neurosurgeons open the skull with a procedure called craniotomy.

Radiotherapy: Radiotherapy is the process of preventing and eliminating the proliferation of cancer cells by using high-energy rays. The rays used in this type of therapy may be x-rays, gamma rays or protons. Radiation is given to the tumour and the surrounding tissues.

Radiosurgery is used in cases where conventional surgical treatment is difficult or not recommended for the patient due to nearby arteries, nerves or other vital structures. Usually, the effects of radiosurgery performed in a single session can be as sharp as performing surgical operations in that area. Thanks to three-dimensional, computer-aided planning and high immobilization (limitation of movement), radiation exposure to healthy tissues is minimized.

Chemotherapy: Chemotherapy is the drug killing of cancer cells. Sometimes used in the treatment of brain tumours in this method, drugs can be administered by the oral or vascular route. Either way, the drugs mix with the blood and circulate through the body through the blood. In chemotherapy, in which drugs are usually given in cures, healing periods follow treatment periods.

What is Brain Bleeding?

As a result of the rupture of the walls of the vessels that feed the brain, blood infiltration into the brain and the destruction of brain tissue is called brain haemorrhage.

What are the Symptoms of Cerebral Hemorrhage?

Your Disease May Come

Bleeding under the brain membrane can be very diverse. These haemorrhages can also be caused by traumas or ruptures of a vessel in the brain. Especially in young people, haemorrhages in brain tissue are seen in congenital vascular disease. The incidence of haemorrhage due to vascular ballet is more frequent between the ages of 15-40 compared to other age groups.

How to Diagnose Brain Bleeding?

There are special areas for language functions in the human brain. These fields are; Almost all of the right-handed people are left half of the left brain, while the left-handed people are left at least 75%. The speech centre is located in the anterior lobe of the left brain, and the lateral lobe of the understanding centre. The centre for writing and reading is in the side-upper lobe.

In general, brain haemorrhage is caused by damage to the left side of the brain; The person loses language skills such as speaking, comprehension, reading or writing.

First aid in the diagnosis of the possibility of brain haemorrhage;

How to Treat Brain Hemorrhage?

Patients with bleeding in the brain should be closely monitored. Early treatment involves stabilizing blood pressure and breathing. A breathing aid (ventilator) may be required to provide sufficient oxygen to your brain and other organs. Intravenous access is needed so that the patient can be given fluid and medication, especially if the person is unconscious. Sometimes special monitoring of heart rhythms, blood oxygen levels or pressure within the skull is required.

Once a person has stabilized, a decision is made on how to stop the bleeding. The decision to perform the surgery is determined by the size and location of the bleeding. Not everyone with intracranial haemorrhage needs surgery.

Various medications can be used to reduce swelling around the bleeding area, maintain optimal blood pressure, and prevent seizures. Pain relief may be required if a patient is awake.

It occurs as a result of various microbes settling in the brain and the membranes of the brain. Bacteria that do this cause these diseases after viruses are usually taken by the respiratory tract and placed in the throat. Sometimes microbes in the head and neck region, such as ear inflammation and sinusitis, can also pass into the brain.

What are the Symptoms of Brain Inflammation?

Symptoms in Infants and Children

How is it Diagnosed?

Lumbar puncture, in other words, known as taking the wastewater in the method taken from the cerebrospinal fluid; pressure, colour, cell number, protein amount, sugar level. Cerebrospinal fluid culture methods to produce microbes, such as virus isolation methods are applied.

Contrast-enhanced brain imaging may show contrast enhancement in some areas of the brain. In cases where brain waves called EEG are recorded by computer, slowdown in brain waves and some abnormal brain wave activities may be seen.

Occasionally, a brain biopsy may be performed to assist in the diagnosis in cases where other diagnostic methods do not work and require a severe diagnosis.

Encephalitis treatment varies according to the causative agent of the disease. First, the causative factor should be identified and a treatment method should be applied accordingly. The most common cause of encephalitis is the herpes simplex virus. For this purpose, antiviral treatments are applied first. At the same time, the disease-causing virus protection is another important point. To prevent encephalitis, vaccination of diseases such as rubella, measles, chickenpox and mumps is recommended.

In cases of sudden encephalitis, hospitalization is very important. Meeting the fluid – electrolyte needs of the patient and providing a diet according to the state of consciousness is another factor to be considered. However, if the patient’s breathing is insufficient, he may need to be connected to the breathing apparatus. The reason for not using antibiotics in the treatment of encephalitis is that antibiotics do not have any effect on viruses. Currently, antiviral treatment is applied in cases of encephalitis caused by HSV and some viruses. Corticosteroids can be used in cases with brain oedema and antibiotics can be used in encephalitis caused by bacteria and bacteria. 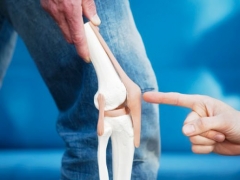 Arm - Leg Diseases
Shopping Basket
We use cookies to ensure that we give you the best experience on our website. If you continue to use this site we will assume that you are happy with it.OkPrivacy policy